The system has (we have) failed: the LGBTIQ+ community

Navigating through Instagram, on the eve of May 17th, International Day Against Homophobia, Transphobia and Biphobia, I found that some profoundly outraged friends were sharing a terrifying photo. Two young men, allegedly gay, were about to be hanged by the Iranian government. The photo soon went viral, shared in stories and LGBTQ+ community news accounts.

During the following hours, the full context of the photo began to circulate. It was an execution that had taken place 16 years ago, in Iran. At the time, a controversial execution involving the defendants, minors, an unconfirmed rape sentence and some accusations of homophobia by the Iranian authorities. A case that is still not fully clear to date.

As soon as the true origin of the photo became known, many friends were relieved. It had happened in 2005, “those were different times”.

This May 17th, 31 years have passed since homosexuality is no longer recognised as a mental illness by the World Health Organization. Three days earlier, in this very year (2021), on May 14th, Alireza Monfared was murdered by his own family upon learning of his sexual orientation.

As I write this blog, many companies will be preparing social media posts, a rainbow version of their logo, and some will even be preparing a Pride parade float for the cities that are already fully vaccinated.

We celebrate these 31 years of not being considered mentally ill. It may seem like a long time, but in reality it is not that long, it is only half a generation, the year Madonna launched Vogue and the launch of the Hubble space telescope. You know, contemporary history.

And more importantly, 31 years of progress and struggle, depending on your nationality, gender, race and socioeconomic level.

And it’s not that we want to be a Pride Grinch. Every battle won must be recognized, treasured and of course, celebrated, but it is important to be aware that we still cannot talk about homophobia, biphobia and transphobia in past tense, even if you’re living in countries where everything seems to be moving forward.

During these 31 years, we have taken our fight to social networks, and a phenomenon known in the communication industry as the echo chamber has developed.

As users of social networks and people who belong to a social group (such as the LGBTIQ+ community), our digital behavior is to follow accounts with similar tastes, influencers, interests that reinforce our vision of the world.

This digital environment is known as an echo chamber, a space designed to consume, generate and share a similar vision, completely leaving aside other points of view and even seen as minorities or nonexistent positions. This causes a sense of comfort and a false belief that everything is moving forward, even in the most privileged countries. 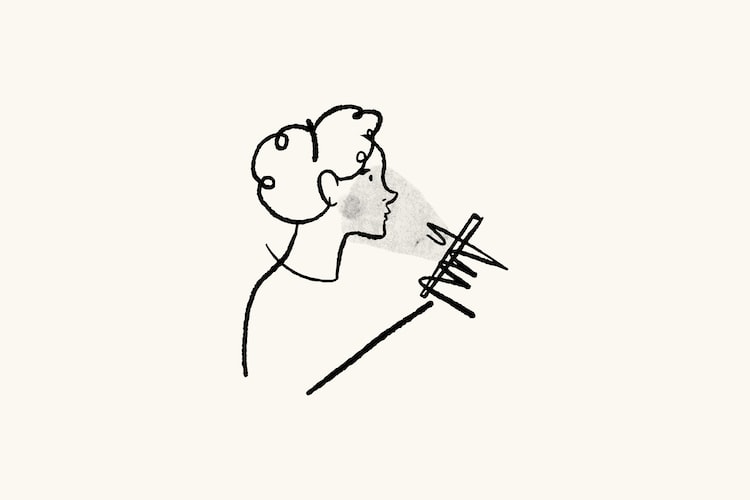 The lottery of being born in certain countries or communities is also present within the LGBTIQ+ community. Even within our digital echo chambers, there is an exclusion of people who may not have access to the internet or any medium to raise their voices. Many of the terrifying stories of homophobia are made known through mobile devices and by having an internet connection. How many more stories have we missed because they haven’t been documented? Who are we excluding from the progress gained?

In the late 60’s in the United States, a conflict with the local police originated in Stonewall Inn, a bar in New York where much of the gay nightlife of the time was concentrated. Marsha P. Johnson, a transgender black woman, was one of those who started the protests after the incidents, thus creating an unprecedented fight in favor of the LGBTIQ+ community.

A year after the protests, the first community rights march was held in the United States. The rest is history: a small struggle escalated to more visibility in society, more protests and demands for rights, equality and respect. In the heart of the movement, the black trans community of New York was present, and yet we are years behind in the fight for their rights. We have a historical debt to the trans community.

Nowadays, out of 193 UN member countries, same-sex couples can express their love and marry in 28 of them, while in 11 they must hide their preferences and identities to avoid a death sentence.

And for the trans community it’s an even more critical reality. Considering that the average lifespan of a woman in Latin America is 79 years, being a trans person can cost a half of that life expectancy: 35 years.

Speaking of pending challenges within the LGBTIQ+, this 2021 will mark just two years since the WHO withdrew transsexuality from the list of mental illnesses, to place it as an issue of “gender incongruity” (mind you, considering that there are still strictly only two genders recognized by society and that there’s a congruent way to be a man or a woman).

Comparing the realities of a homosexual white man versus a trans black woman, it is inevitable to wonder, what difference has it made that the WHO doesn’t classify us as mentally ill anymore?

And although there is no clear answer, we believe that it has served to share the privilege some of us enjoy and to use it as a powerful tool to help advance the LGBTIQ+ fight to all those societies that have not seen it yet, and desperately need it.

We have (outside and within the LGBTIQ+ collective) a responsibility to rethink our practices, our paradigms, to be able to identify machismo, misogyny in practices where we didn’t know we had them. There are pending battles for the racialized community, for those that suffer because of their gender, their class or their identity, battles that we can face by removing prejudices and consuming content created by those who are excluded to raise awareness on the matter.

Since Stonewall incidents, the acronym LGBTIQ+, the letter that has received the most attention is the one that represents the Gay community, where the effects of the struggle for rights and visibility are way more notorious. However, there are long paths to walk for the lesbian, trans and non-binary community.

This can be changed by fighting prejudices and paradigms that have nothing to do with the community, and are in fact, everyday fucked up issues of humanity.

Whether you’re part of the  LGBTIQ+ community or not, celebrate and appreciate your privilege, use it to give others platforms and have their voices heard. Let’s also use our voice to demand the rights of those who have been left behind. This is a collective fight, as human beings, for the dignity of all.

Let’s break paradigms every day, hoping that our efforts will impact the new generations and will also resonate for others in the distance.

Here’s a very useful guide for allies of Transgender people 😉

52 Things You Can Do for Transgender Equality