Among the (many) reasons my mother cried when I came out was because of the future that awaited me.

She imagined me with a wife, taking care of children in a house of our own in the suburbs, while I had to drive my car to move to work in the city. My coming out meant only one thing: I would die alone, in a small rented apartment.

I don’t blame her; she learned to think that way. It’s the life we’ve long been condemned to, particularly when she learned what it meant to be successful and happy. I’ve heard before that although marriages can go through many challenges, with children and a shared estate, a family can survive for many years until death.

At first, I thought so. And even out of the closet and with a stable partner, my future looked like an adaptation of this ideal vision: two cats, a working husband, and our own apartment.

But… if we are constantly challenging social norms with “new” gender expressions, sexual identities, and emotional relations, why do we keep following traditional (a.k.a. heteronormative) ideals of success?

The long road to representation

In the 1930s, a period between wars where nationalism and “good morals” were the determining factors, the Hays Code emerged in the United States. It was a series of regulations to control the film and television industry contents.

For decades, many things were censored, including profanity, full or partial nudity, revenge storylines, use of alcohol, religious leaders parodies, profanity, adultery, etc., and among all these, the representation of characters or situations that indicated sexual preferences outside the norm.

This series of restrictions led to a phenomenon now known as Queer Coding.

While we couldn’t be protagonists, heroines, or at least acceptable members of society, it was okay to have antagonistic characters that alluded (not openly) to the LGBTIQ+ community. As long as, of course, we got what we deserved as “the bad guys.”

Then our existence was hinted at through stereotypes: effeminate, cowardly, spiteful men; powerful, rough, and exaggerated women. We were lonely characters complicating the lives of muscular, masculine heroes and locking up fragile, feminine princesses.

Over time, the Hays Code became less relevant, and many production companies reclaimed control over their content.

And although this code was replaced in the 60s by the current rating system (G, PG, PG-13, R, etc…), the practice of portraying villains as stereotypes of the community continued to happen even several decades later.

The villain narratives ceased, but realities that focused exclusively on victimization began to appear. Our lives became linked to loneliness, illness, rejection, controversy, and death.

After years of pushing limits, representation was in the hands of Queer artists that began to gain space and portray reality fairly and responsibly. Gradually, the media accepted (not entirely) this new public.

With still a not-so-wide representation, but along that path, we have more queer characters getting closer to the norm. We started to share, little by little, the spotlight with Disney royalty; we are allowed to have our own “happily ever after,” the final kiss and marriage scene, a home, children, family, and now, success and happiness are ours to have.

But… success according to whom?


After World War II, global society began to experience unprecedented economic growth and prosperity. World powers had an urgency to restore order in their societies, and capitalism took hold. In this environment of prosperity and growth, models of social success appeared.

The ideal of the American family emerged. In the United States, large housing areas were created and advertised with typical family scenes: wives wearing aprons and baking pies; and husbands holding their children when back home from work. That was happiness, peaceful life in the suburbs, guarded by the wife and maintained by the husband.

In Latin America, phenomena such as the “Mexican miracle” took place.  Never seen before economic development, and imitations of external archetypes from the new (capitalist) powers happened. Some of these models are still in force or have adapted: having a business, a stable job, a house in the suburbs, a car, a family, and a life of hyper-productivity.

The inclusion and diversity we strive for (not just the LGBTIQ+ community) have slowly established and adjusted to these norms. 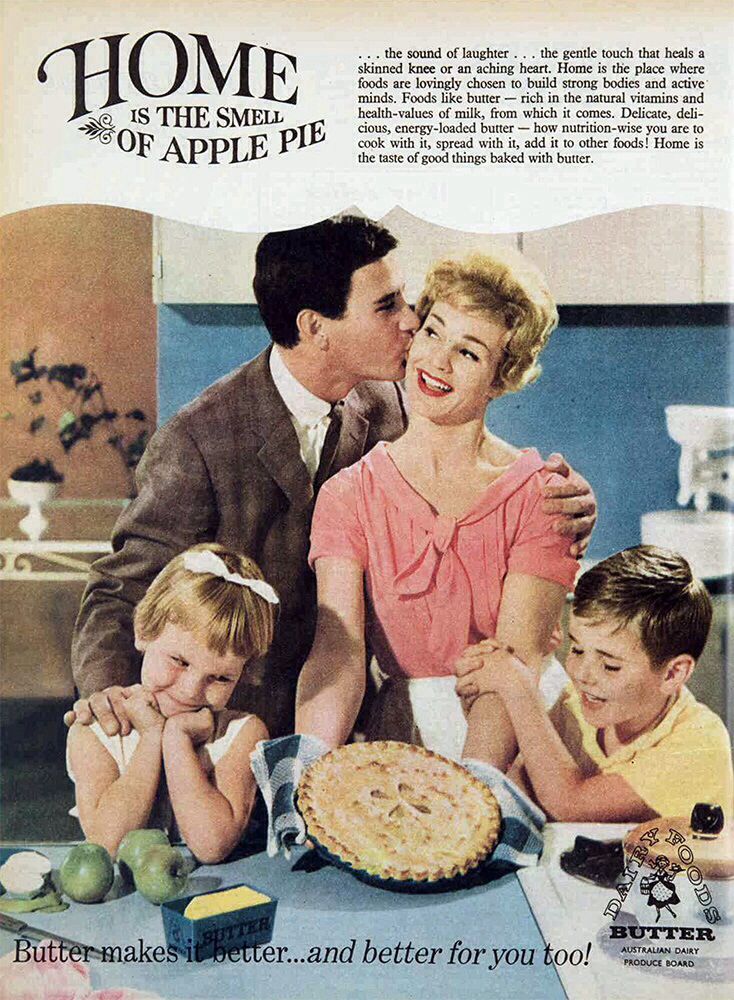 There’s nothing wrong with following these models of success, but they are not the only ones. It’s worth stopping for a second, taking a critical look at what we consider successful, and questioning whether it’s still valid for us in this new context.


Over time, my mom and I realized that I wasn’t “doomed” to loneliness. And I also learned that I wasn’t the only one who had this concern. Many people in my social circle also feared the same thing. With no children, in a volatile relationship, with a partner tied to nothing.

There has always been a generalized fear of similar lifestyles, of loneliness. What’s invalid about deciding to live a life without a partner, without a family, without inherited binary roles?

Within this new representation, only a few realities are visible. The “normative” and the “acceptable” is still present even within this “diversity”. It doesn’t matter if you are Queer, as long as you are a successful, white, masculine man or a feminine, pretty, delicate woman. Buy a house, adopt two dogs and live in a lasting, happy marriage. Generate money.

Of course, proposing other ways of life doesn’t mean we should stop fighting for equal marriage, adoption opportunities, real estate loans, and social security. Legality gives us visibility and respects the freedom of all.

However, it is necessary to consider other communities: binary identities, LGBTIQ+ indigenous communities, the trans community, etc. And other models: couples with no children, people without partners, polygamy, communities, etc.

What is it that we have learned to desire? What do we really want?

In this battle for diversity, we must be willing to give other ways of being successful a chance and redefine the vocabulary we relate to it. To demolish models, propose alternative contexts and different ways of living, and build new aspirations.

This transformation goes beyond gender and sexual preferences. It’s about representing the complexity of the human being.

The possibility of living away from what success means, and even taking a step back and being willing to question and rethink what success or failure actually is in the beginning.

What does loneliness mean? What is a community? What is wealth? What does failure look like, and what opportunities are there after it?

With so many expressions and identities, why should success be so limited?